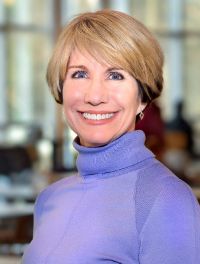 Teach4Results was created to support those who seek to improve outcomes for students.  Each service is customized to address the needs, interests and goals of the hiring agency.  The content and format of all programs and presentations are developed in concert with the host and delivered directly by Tracey Severns.

Dr. Tracey Severns has dedicated her career to the service of students, teachers and administrators since 1992.  She has served as a classroom aide, special education teacher, vice principal, principal, adjunct professor, director of student performance, superintendent, and Chief Academic Officer for the New Jersey Department of Education.  Upon her retirement from the Mt. Olive Township School District in 2018, Dr. Severns joined Rutgers Graduate School of Education's Center for Effective School Practices as their Leadership and Learning Strategist.  Dr. Severns has a Baccalaureates degree in Psychology, a Masters degree in Teaching, and a Doctorate in Educational Administration and Supervision.  She is certified in Elementary Education, Special Education and K-12 Administration.

Dr. Severns is an experienced presenter who has provided professional development on the Common Core State Standards, PARCC, instructional leadership, data analysis, special education and school improvement on the state and national levels.  She won three Principal Fellowship Grants from the Dodge Foundation to study Spanish and was selected as one of eight principals to represent the United States in Brazil.  In 2011, Dr. Severns received the Middle Level Leadership Award and was selected as New Jersey's Visionary Principal of the Year.  In the same year, Dr. Severns was named a National Distinguished Principal.  In 2012, after serving as principal of Mt. Olive Middle School, her school was named a National School of Change, one of only six schools in the United States to receive this distinguished honor.  In 2014, Dr. Severns was named Educator of the Year by the Peace Islands Institute and was awarded an honorary Doctorate in Public Service from Georgian Court University.